Wombat from the Block has skin cancer scare

Just before starring on Channel 9's The Block, Wombat had noticed a small red sore on his wrist that had been there a while with no signs of healing. His good friend and partner on The Block, Sticks, had advised it was best to seek medical advice, but in the excitement of filming, the spot was forgotten.

Upon Wombat's return home, he realised the spot still had not healed and went to the Doctor who removed the spot and revealed that it was a basal cell carcinoma - a non-melanona type of skin cancer.

“When they say you’ve got a cancer, it’s like, ‘Whoa!’” Wombat said of the results. “I was worried about it coming back in the same spot.”

This was not the first time Wombat had heard this news, however, as he has had a cancer cut out once before. He urges others to get regular skin checks, saying:

“People get scared to go and get checked because they’re worried about what’s going to happen – especially people that spend a lot of time in the sun,” he says. “But you just need to get it done.” 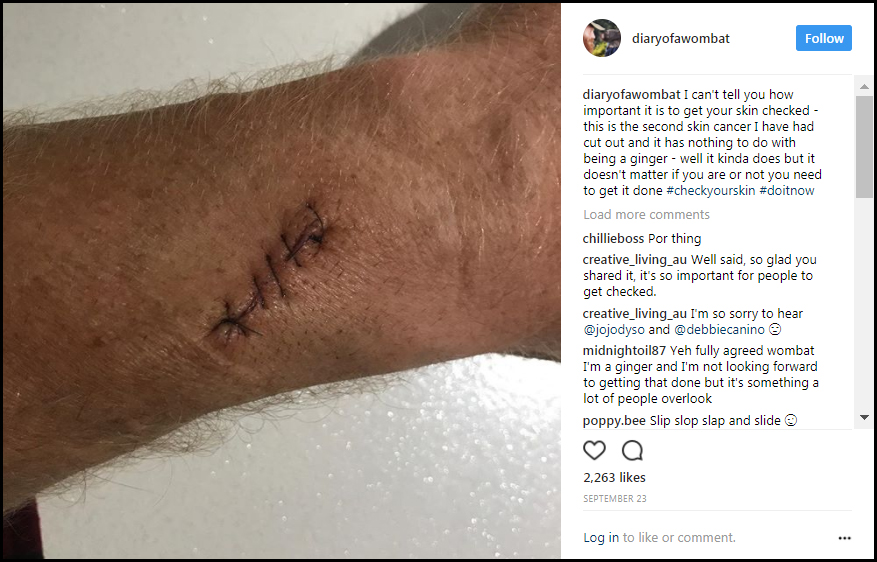